Skip to content
Affiliate Disclaimer: Self Made Modern is reader-supported. When you buy through links on our site, we may earn an affiliate commission.

I never really understood the importance of salt until the day my mother was hospitalized with an auto immune disorder. Her body started to purge all the salt in her. She began to swell up and she nearly died. Turns out you really can’t live without salt. So you could say my family is now a little obsessed with salt. With that in mind, lets talk about types of salt today.

So most people have plain old salt. You know the one with the little girl holding the umbrella. It’s also called table salt. It is usually processed from underground mines and then cleaned to removed impurities. After which it is fortified with iodine to help people with thyroid function. I do not keep this salt in my house. Okay, that’s not entirely true. I do have it. I just use it to clean my cast iron skillets. Nutritionally, there really isn’t anything wrong with table salt. It is salt after all. But I’m not fond of it in cooking. I find it gets saltier tasting as you cook with it. Personally, I can taste the differences in types of salt. I also like my foods to be as nutrient dense as possible. So I choose other forms. How do I decide which? Well, lets talk about a few. 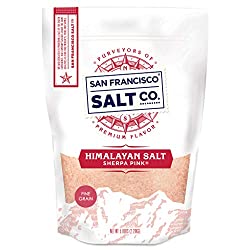 Himalayan Pink salt is such a pretty color. It has up to 84 trace minerals that are not found in table salt. One of these, iron in particular, gives it that pretty pink color. It also contains calcium and potassium. It’s also a minimally processed food which helps it to retain minerals. It comes from a salt mine near Pakistan.

This can be used in place of regular table salt. But keep in mind, there are many different grinds of this salt. Everything from course to super fine. You will need to adjust the salt based on the size of the grind. The finer the grind, the less you need. 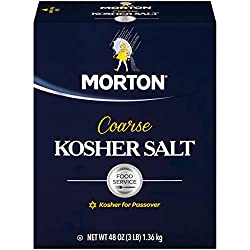 Kosher salt is another minimally processed salt. It mostly comes from salt deposits. This helps it to retain its white color. It’s a course salt with uneven grains. It has no added ingredients, iodine, minerals or otherwise. These lack of ingredients and it’s crunchy texture are what make its flavor so appealing to chefs. It creates a light flavor of salt in food.

My favorite place to use it is for foods that will have a long cooking time such as soups. This salt never gets saltier as you cook. So what you put in, is what it tastes like from beginning to end. It’s also my choice of salt for pickling foods as well as brining. This is the salt I use for my Fermented Garlic Recipe.  Let’s not forget those margaritas. Kosher is the salt for this application as well.

I first tasted this fantastic Alaea salt on my trip to Hawaii. It is sometimes referred to as Hawaiian table salt. It it a beautiful red color which makes it easy to identify. It’s typically extracted from lava veins in Hawaii. It contains up to 80 natural elements, electrolytes and trace minerals, like potassium and magnesium. Red alaea is also rich in iron oxides, which makes for a great digestible form of dietary iron. It has an earthy flavor profile. It’s typically a larger grain of salt which gives it a crunch when you bite into it.

My favorite way to eat this is as the Hawaiians do, on top of fruit. It is absolutely fantastic on things like pineapples and watermelon. In Hawaii it is used as both a finishing salt as well as a salt to preserve foods. It’s a staple in Kalua Pig. 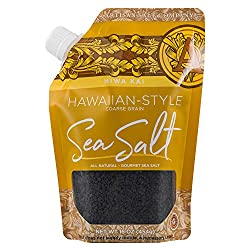 I use this mostly as a finishing salt. It has an awesome black color that looks great on food. As far as taste, it tends to have a more earthy flavor due to the charcoal. No surprise. 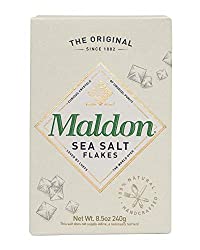 Maldon salt is a gourmet sea salt that has been harvested from the Blackwater estuary in the English town of Maldon since ancient times. It literally looks like flakes of snow. If that snow were shaped like a pyramid. It’s not overpoweringly salty. It’s prized for not only it’s extremely crunchy texture. But also for it’s lightness.

I absolutely love this salt. It’s hard to describe, but it doesn’t taste like any other kind. It’s not as salty tasting and the crunch is lovely. I use this for all kinds of things. It’s unique shape and subtle flavor is not meant to be cooked with. This is a true finishing salt. This is the salt meant to go on top of your carmels and your favorite ice cream. It’s a crunchy salty topping for your salads. It is fabulous on popcorn. 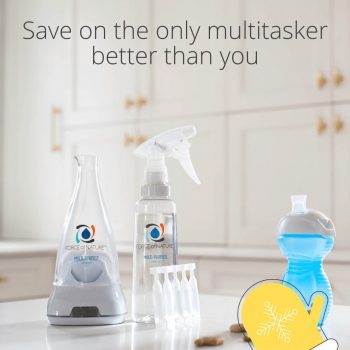 Things to Keep in Perspective

When we are talking about the nutritional value of salt, it’s important to keep in mind we are talking about very small amounts. Trace amounts in fact. No one is eating buckets full of the stuff. However, in my humble opinion, every little bit helps. We humans do not get enough nutrition in our diets even at the best of times. So if I can increase that, no matter how small, I will. Lots of small things equal big things later.

Which Salt Should I Use?

The answer is, all of them. All of these salts have their own unique flavor profiles and uses. Some are meant to cook with and some are meant to go on top of what you cook. You may not love them all. But they are all worth a try. Believe it or not, this is not even all the types of salt you can use.  If you have a favorite salt other than these feel free to share them.  Maybe we’ll add them to our next post.  Happy cooking!